Link ration card with aadhar : Under the One Nation One Ration Card scheme, now you will be able to get rations from any government ration shop in the country. Your ration card must be linked with an Aadhar card to take advantage of this scheme. If your ration card and aadhaar are not linked, you may stop getting ration.

After the website of the Food Department is opened, a list of different services related to the ration card will appear on the screen. We have to link Aadhaar with our ration card, so select the Link Aadhaar With Ration Card option.

After this, the information of the ration holder like – name, head’s name, and aadhaar number link status will appear on the screen. Select the link to the ration card with Aadhaar, and select the link aadhaar and mobile number option.

Now enter your Aadhar card number in the given box. Then select the Send OTP button as we have mentioned in the screenshot.

Then the verification code will be received on the mobile number linked with your Aadhar card. Enter this OTP code in the specified box and select the Do-eKYC button.

After this, in the next step, your Aadhar card details will appear on the screen. Check these details carefully. Now select the Verify & Save button to link Aadhar Card with Ration Card.

Before linking your aadhaar with a ration card online, you can check whether your aadhar and mobile number are already linked with your ration card or not. To check Aadhaar and Ration Card linking status, read this – How Can I Know My Aadhaar Ration Card Status

Ration Aadhar linking website is food.wb.gov.in This is for the people of West Bengal. You can open the website of your state by searching on Google.

What will happen if ration card is not linked with Aadhaar?

If Ration Card is not linked with Aadhar, then your Ration Card may be deactivated. Then you will stop getting ration from ration shop.

What is the medium to link Ration Aadhar card?

The medium of linking Ration Aadhar card is online and offline. You can link your Aadhar card with Ration card in both these ways.

Complete information about linking Aadhar card with Ration card online is given here step by step. Now any ration cardholders can link Aadhaar and ration cards online while sitting at home. If you face any problems in linking, you can ask in the comment box below. We will reply to you very soon.

Information on Linking Aadhar and Ration Card Online is useful for all Ration Card Holders. So please share this information with them on WhatsApp group and Facebook. If you want to get the latest information about ration card first, then search in google search box myrationcard.in Thank you! 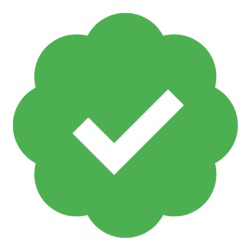